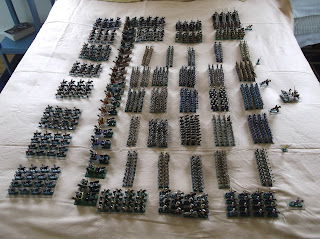 An aerial view of the parade from Satrap Mithradates personal buzzard-cam. Only close order infantry and cavalry were allowed to take part, the feeling of the advisors being that skirmishing foot troops were too uncouth and scruffy to appear at such an event. The Arab camels meanwhile had their invitation withdrawn after allegations of flatulence, which they deny. 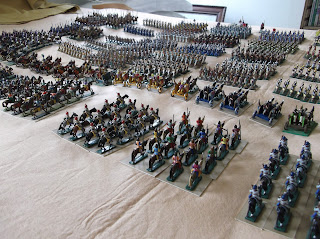 A view from the back of the parade ground. Greek mercenary units were also forced to withdraw at the last minute after they were repossessed by the Germans. 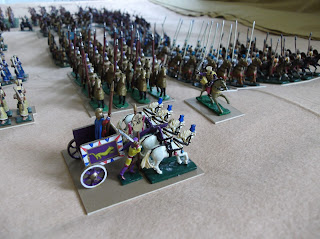 The Great King inspects his heavy cavalry. The parade ground was not perhaps as flat and even as He might have liked, but it is posture sprung and very good if you have back problems.

Below: "Have you come far?" Assyrian auxiliaries impress the Ruler with their smart scale armour, conical headgear and willingness to boil their enemies in oil. 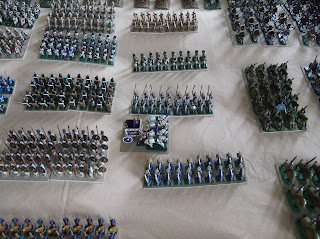