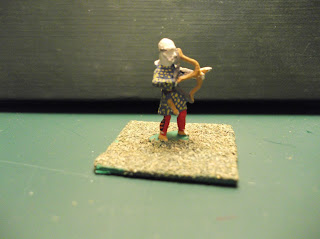 When we were compiling the Hinton Hunt Ancients listings for Vintage20Mil we had a bit of a problem as we didn't actually have any printed material on the figures from either a catalogue or from our regular sources of Wargamers Newsletter or Military Modelling.

In the former case we wouldn't have expected any - Marcus Hinton had fallen out with Don Featherstone years before in a dispute about figure piracy in which Hinton (along with Edward Suren) made various allegations about The Don's wargaming buddy and Minifigs owner Neville Dickinson.

Whatever, we eventually managed to cobble together a listing based on various odds and ends of figures we had and the catalogue that had appeared on erstwhile Hinton Hunt owner David Clayton's website in the US.  The Persian section has several different categories of troops including both Persian Immortals and Persian "Royal Guards". I think the little fellow above might be one of the latter fellows. 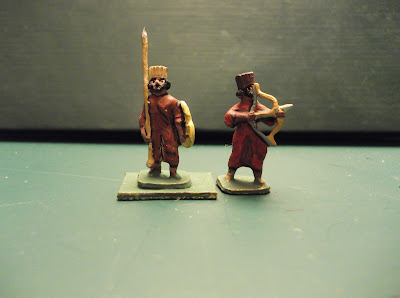 A Mede spearman and archer from Marcus Hinton. The Hinton Hunt ancient range were probably the last that the great man created - certainly they don't feature in any of the catalogues I have seen and may not have appeared until the late-1970s, by which time 20mm had rather fallen out of fashion. 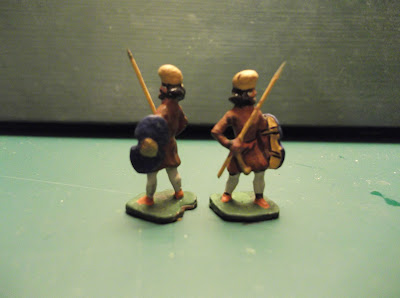 Persian spearmen. The previous owner has replaced the cast on spear with one made from wire.
Posted by camsell59 at 02:17 2 comments:

By The Time I Get To Phoenix 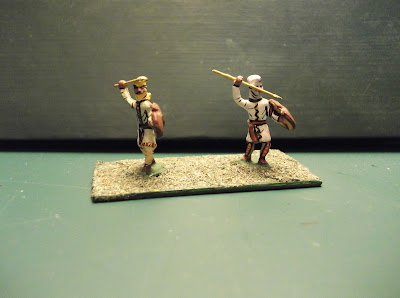 I've previously featured pictures of a couple of the old Phoenix Model Developments ancient range - the Greek officer and the Anatolian Guard Spearman (the latter had stepped straight off the pages of Funcken). Here are a few photos of the Infantry of the Cardaces. 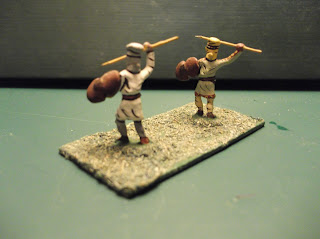 PMD was the name of the company that began life as Les Higgins Miniatures. The rebranding occurred after Higgins died. Most of the later ranges were designed by either Tim Richards - who also did a lot of the Phoenix Follies 54mm stuff - and Higgins' business partner Brian Marlow. However the ancient range was designed by somebody else - Marlow couldn't recall hs name and Tim Richards was similarly vague, venturing that "He lived in Norfolk". Whoever the designer was they are nice figures if a little prone to a certain Hincliffe-esque gibbon-arm. 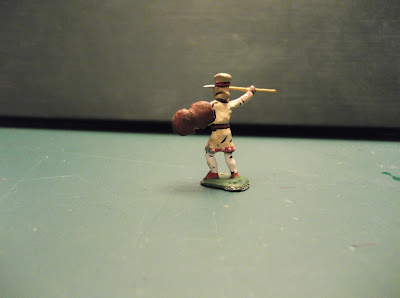 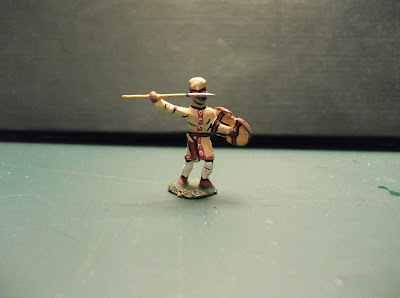 Email ThisBlogThis!Share to TwitterShare to FacebookShare to Pinterest
Labels: PMD 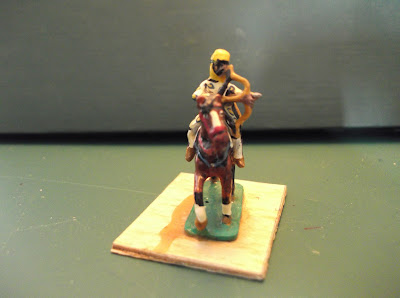 When you have been collecting old figures for as long as I have you get a tad jaded. A certain ennui sets in. Though you still like the toy soldiers that arrive at your door, the thrill of younger days has faded. These days the sight of me opening a parcel and then chuckling with childish glee as I survey the contents are rare indeed. It happened today though, as I pulled back the bubble wrap on a collection of Persians that contained not only examples of what I think may be the entire Hinton Hunt range, but also what looks like a selection of Phoenix Model Development figures as well. I'll be posting photographs over the next few days. In the meanwhile here are a couple of horse archers to keep you going. I'm off to clap my hands together and chortle a bit more. 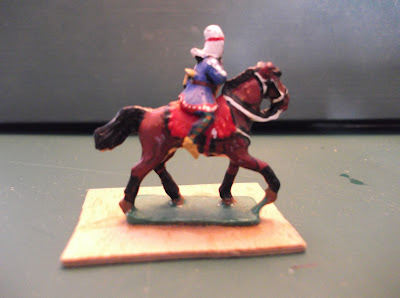 Well, what do you know?

Some Hinton Hunt Persians are on their way. Photos will appear soon. So long as those Philistines have bankrupetd me by then.
Posted by camsell59 at 03:35 1 comment:

Yes I did see those S range Philistine ox chariots on eBay and I intend to make them mine, all mine (cackles insanely).
Posted by camsell59 at 03:47 1 comment: 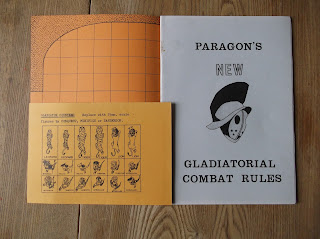 A torn muscle in my shoulder prevents any painting at the moment. Luckily it doesn't stop me clicking the "Buy It Now" button on eBay. I got these from Keep Wargaming (amazing to think the Bailey's are still on the go - it seems like thirty years since I first started buying from them, probably because it is...). The rules look very fine indeed and not only include gladiator counters and an arena but also instructions on how to convert Britains Redskins into Samnites. Super. 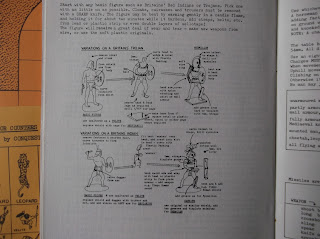