The Quivers of Anita Ekberg* 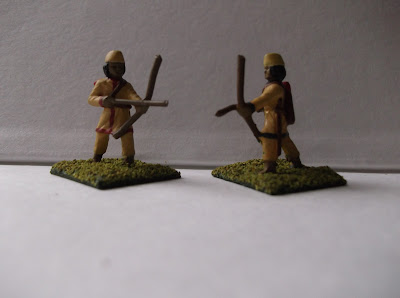 I'm not quite sure how it's happened but I seem to have ended up with dozens of Minifigs Pb range Palmyran archers. I have a feeling I may use them as late Roman auxiliaries, probably to take on a ravening horde of Picts and blue Hurons in some sort of 4th Century Northumbrian skirmish-ish scenario. 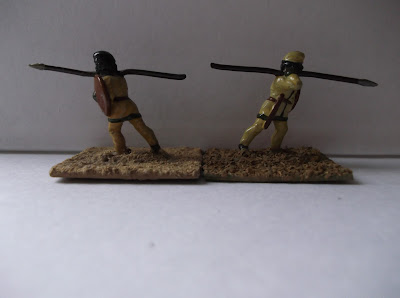 These javelin men are the PB125 Roman Light Infantry of the later 2nd, 3rd and early 4th centuries. They are Palmyran in style. 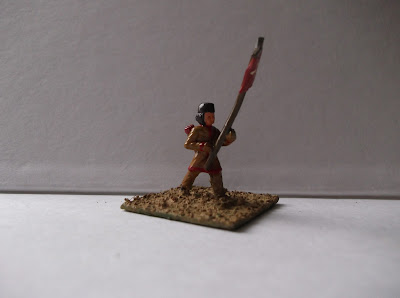 A Palmyran archer converted into a standard bearer.

I've got a few Palmyran cataphracts somewhere too, though sadly the Palmyran camelman figure has thus far eluded my clutches. I wonder if any wargamers ever actually deployed a Palmyran Army? A game against Mark Antony's forces would be colourful.